Recent studies published in Science Immunology and Science have shown how a commensal intestinal bacterium produces an enzyme that can help protect against pathogenic bacteria.

Publish date: December 19, 2016 | Author(s): Mary Ann Moon
Key clinical point: The most recent Centers for Disease Control and Prevention data show that opioid-related deaths continue to rise, with a 16% increase from 2014 to 2015, which was driven largely by overdoses of illegally manufactured fentanyl and heroin.

Disclosures: The study was conducted by the CDC.

The Food and Drug Administration has banned powdered gloves for use in health care settings, citing "numerous risks to patients and health care workers." The ban extends to gloves currently in commercial distribution and in the hands of the ultimate user, meaning powdered gloves will have to be pulled from examination rooms and operating theaters.

"A thorough review of all currently available information supports FDA's conclusion that powdered surgeon's gloves, powdered patient examination gloves, and absorbable powder for lubricating a surgeon's glove should be banned," according to a FDA final rule available now online and scheduled for publication in the Federal Register on Dec. 19, 2016. The ban will become effective 30 days after the document's publication in the Federal Register...

Buprenorphine: One way works. One doesn't.

Buprenorphine was a fantastic drug in the emergency department. Patients would come to our ED feeling awful from opiate withdrawal, and we made them feel so much better. We can recall so many patients coming in vomiting, anxious, sweaty, dehydrated, and looking awful — and with one or two shots of buprenorphine, we made them feel well enough to take on the task of beating opiate addiction. A clinic in our community could see these patients in a day or so and start the process of treating their opiate addiction with oral Suboxone (buprenorphine and naloxone). The system worked. We ED docs loved it, and our patients benefitted immensely. Our experience was confirmed by a 2015 study on buprenorphine/naloxone in the emergency department at Yale University, which demonstrated — in a randomized controlled trial — that patients treated with buprenorphine in the emergency department were significantly more likely to be engaged in addiction treatment, significantly less likely to use illicit opioids, and significantly less likely to need inpatient addiction treatment.

Then the insurance companies ruined everything...

Treating Patients for Pain can Have Side Effects

To learn more, click here to watch the video.

COMMONWEALTH of VIRGINIA - Department of Health 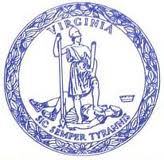 The Opioid Addiction Crisis is a Public Health Emergency in Virginia
November 21, 2016

Virginians have much to be thankful for as we approach Thanksgiving. However, we are faced with the reality that the disease of addiction continues to worsen in the Commonwealth despite efforts on many fronts. Deaths from drug overdose are expected to increase an additional 25% in 2016. In response to the worsening drug addiction epidemic, Dr. Levine will today declare that the opioid addiction crisis is a public health emergency in Virginia. In order to successfully combat this public health emergency, a collaborative response utilizing many different strategies is of the utmost importance.
Key topics in this letter include:

Most recently, Carfentanil has been identified this month for the first time in Virginia. Carfentanil is a synthetic opioid that is 100 times more potent than fentanyl, and has been linked to a significant number of overdose deaths around the country. Improper handling of Carfentanil can have dangerous, even deadly, consequences. As the product can be absorbed through the skin or airborne powder accidentally inhaled this product and other fentanyl-related compounds present a danger to first responders and other individuals who are exposed.

One solution to help prevent overdose deaths is to make naloxone more available to the public. Naloxone temporarily reverses the effect of opiates. In addition to the declaration of a public health emergency, today Dr. Levine issued a naloxone statewide standing order that authorizes pharmacists who maintain a current active pharmacist license to dispense naloxone in accordance with the Virginia Drug Control Act, §54.1-3408, and the current Board of Pharmacy-approved protocol. The standing order, protocol and Revive educational materials are located on the VDH Website.
One of the best ways for the public to learn about the use of naloxone is through the Revive! training course on the Department of Behavioral Health and Developmental Services website.

The PMP tells us doctors where and when patients have filled controlled substance prescriptions, to help determine treatment history and if a patient is trying to obtain controlled substances for illegitimate use. As of January 2016, all newly licensed prescribers and pharmacists are automatically registered for the PMP.

On August 31, 2016 the FDA issued a black box warning for the concomitant use of opiates and benzodiazepines. An extensive review of the latest scientific evidence revealed serious risks associated with using these medications together. These risks include extreme lethargy, respiratory depression, coma and death.

This public health emergency will require us to continue our important partnership to reduce overdose deaths and assist affected patients and their families get the needed help to break the cycle of addiction.
We look forward to working with you and wish you a peaceful and healthy holiday.

The latest issue of Alcohol, Other Drugs, and Health: Current Evidence is available online at http://www.aodhealth.org. Downloadable and modifiable teaching slide presentations are available with each issue.

You may well have recently received the following letter from our US Surgeon General, Vivek H. Murthy MD. His message about opioids is worth a second reading. If you have not yet taken the pledge mentioned in Dr.Murthy's letter, please consider doing so.

I am asking for your help to solve an urgent health crisis facing America: the opioid epidemic. Everywhere I travel, I seecommunities devastated by opioid overdoses. I meet families too ashamed to seek treatment for addiction. And I will neverforget my own patient whose opioid use disorder began with a course of morphine after a routine procedure.

It is important to recognize that we arrived at this place on a path paved with good intentions. Nearly two decades ago, wewere encouraged to be more aggressive about treating pain, often without enough training and support to do so safely. Thiscoincided with heavy marketing of opioids to doctors. Many of us were even taught – incorrectly – that opioids are notaddictive when prescribed for legitimate pain.

The results have been devastating. Since 1999, opioid overdose deaths have quadrupled and opioid prescriptions haveincreased markedly – almost enough for every adult in America to have a bottle of pills. Yet the amount of pain reported byAmericans has not changed. Now, nearly 2 million people in America have a prescription opioid use disorder, contributing toincreased heroin use and the spread of HIV and hepatitis C.

I know solving this problem will not be easy. We often struggle to balance reducing our patients' pain with increasing their riskof opioid addiction. But, as clinicians, we have the unique power to help end this epidemic. As cynical as times may seem, thepublic still looks to our profession for hope during difficult moments. This is one of those times.

That is why I am asking you to pledge your commitment to turn the tide on the opioid crisis. Please take the pledge. Together,we will build a national movement of clinicians to do three things:

Years from now, I want us to look back and know that, in the face of a crisis that threatened our nation, it was our professionthat stepped up and led the way. I know we can succeed because health care is more than an occupation to us. It is a callingrooted in empathy, science, and service to humanity. These values unite us. They remain our greatest strength.

Thank you for your leadership.

TUESDAY, Mar. 29th 2016 (usnews.com) -- The Obama administration on Tuesday proposed allowing doctors to double the number of patients for whom they prescribe a potentially addictive medication aimed at curbing dependency on other opioids like oxycodone and heroin.
Under current regulations, doctors are allowed to prescribe the drug, called buprenorphine, to no more than 30 patients for the first year they begin prescribing the drugs, then have to request authorization to increase that number to a maximum 100 patients in subsequent years. The administration's proposal would increase the maximum amount of patients practitioners can treat to 200.

Kana Enomoto, principal deputy administrator at the Substance Abuse and Mental Health Services Administration, said in a statement that doing so would help patients who are on long waiting lists for the drug.

"This proposed expansion is especially important to people who are seeking help for an untreated opioid use disorder," she said. "Easing barriers to treatment is a major step to reducing prescription opioid and heroin-related overdose, death and dependence."

Still, critics of widespread use of the drug are concerned the practice simply substitutes addiction to one drug for addiction to another. Buprenorphine suppresses the symptoms of opioid withdrawal and decreases cravings, but is also an opioid itself, meaning that it carries its own risk of dependency.
The federal government is scrambling to address the country's opioid epidemic, which not only has resulted in drug dependence and overdoses, but record-setting fatalities as well. The problem is driven in large part by doctors who prescribe prescription painkillers like oxycodone, morphine and codeine. Often, patients become dependent on the drugs and turn to heroin as a cheaper alternative. Data show that more than 2.1 million people in the U.S. are addicted to painkillers, and that 500,000 are addicted to heroin.

President Barack Obama plans to unveil the latest proposal, among a number of others, Tuesday afternoon at the National Rx Drug Abuse and Heroin Summit in Atlanta.
In recent weeks, the federal government has also provided guidelines to doctors who are treating patients with chronic pain, and has required that prescription painkillers carry warning labels about the risk of addiction, overdose and death.

Panelists at the U.S. News Hospital of Tomorrow conference in the District of Columbia told attendees that telemedicine is not just an add-on form of health care, but a necessary component moving forward. Telemedicine has the opportunity to provide health care providers and consumers with:

It's not a matter of if telemedicine will change the hospital of tomorrow, it's a matter of when, says moderator Dr. Adam Darkins, vice president of medical affairs and enterprise technology development for the Americas region of Medtronic.

Recent surveys show two out of three Americans are now willing to use a device as an adjunct to their health care plan, according to James Tong, engagement manager and mobile health lead at IMS Health.

"It's just the natural evolution of health," says Dr. Jay H. Sanders, CEO of The Global Telemedicine Group, and founder and president emeritus of the American Telemedicine Association.

At Wills Eye Hospital in Philadelphia, Dr. Julia A. Haller, ophthalmologist in chief, says telemedicine has been a focal point of care for more than 15 years.

"Remote home monitoring is already with us in eye disease, and it's going to be increasingly important," Haller says, adding that the hospital is now working to identify patients at the highest risk for the progression of blindness outside of the clinic with the use of myVisionTrack and ForeseeHome.

The biggest value of telemedicine is quite possibly the cost of care, says Dr. Andrew R. Watson, vice president of International, and medical director of telemedicine at the University of Pittsburgh Medical Center. Engagement between doctor and patient is still key, he adds. Online patient portals are providing the transfer of communication between doctors and patients similar to the old-fashioned house call doctors once made.

"We view patient portals as an absolutely critical way to reach out to consumers," Watson says. "It's bringing health care back to the patients, back to its roots."

From my early days in college and medical school, I've wanted to help people feel better. I particularly enjoy the journey of meeting with a patient for the first time, then seeing them improve their health by dissipating their pain or illnesses. I treat patients as a friend and I hope that they consider me more than just their physician.